Home    Afforestation, Climate Change And REDD+, Nature, Nonprofit, Protection Forest, Uncategorized  He is from Ninh Binh and only Asians were honored with the Global Environmental Prize 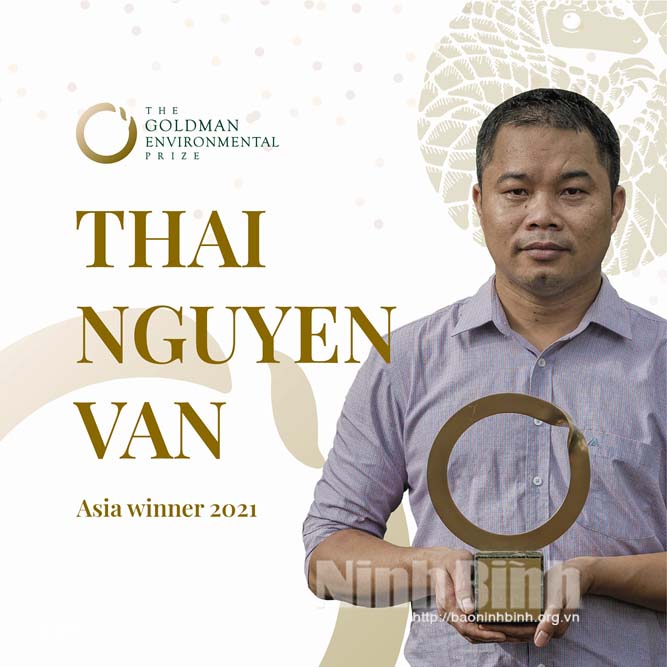 At 6:00 pm on June 15, 2021, US time (ie 6 am on June 16 Vietnam time), Mr. Nguyen Van Thai, 39 years old, Director of the Center for Wildlife Conservation in Vietnam ( Save Vietnam’s Wildlife), was announced as one of six people in the world and the first conservationist in Vietnam to be honored at the Goldman Environmental Prize – the world’s largest environmental Prize, known as the “Green Nobel”

Mr. Thai is the only person representing Asia to be honored with this prestigious prize. The remaining 5 representatives are environmental activists from other countries around the world, including Gloria Majiga-Kamoto (Malawi, Africa), Maida Bilal (Bosnia and Herzegovina, Europe), Kimiko Hirata (Japan, National Islands), Sharon Lavigne (USA) and Liz Chicaje Churay (Peru).

Mr. Nguyen Van Thai is from Ninh Binh, born and raised near Cuc Phuong National Park, Nho Quan district, is the first Vietnamese conservationist and the second Vietnamese to represent Asia to receive the biggest environmental Prize. , the most prestigious on the planet. Previously, in 2018, Ms. Nguy Thi Khanh, Executive Director of Green Innovation Development Center (GreenID) – who has made many contributions to promoting sustainable energy development and good water management. Green atmosphere and development in Vietnam was honored to receive this Prize.

Born and raised in the mountains, Mr. Nguyen Van Thai is determined to stick with and dedicate himself to protecting forests and wildlife. In 2014, at the age of 32, Mr. Thai founded and became the Executive Director of the Center for Conservation of Wildlife in Vietnam (Save Vietnam’s Wildlife), with the mission of preventing extinction and restoring species. Endangered wildlife in Vietnam. This is a non-profit organization, based in Cuc Phuong National Park.

Over the past 7 years, he and his colleagues in the Center have rescued more than 1,500 pangolins, collaborated with forest rangers to confiscate and remove more than 9,700 animal traps, many illegal camps… Mr. Thai is also a human. Vietnam is the first country to be named in the list of World Association of Pangolin Research Specialists with the role of Vice President of the Association.

The “Goldman Environmental Prize” is the most important award to honor individuals who are active in the environment at the grassroots level, from 6 geographical regions around the world, including Africa, Asia, Europe, Islands & National Islands, North America and South & Central America. The award was founded in 1989 by American philanthropists Richard and Rhoda Goldman. This award is prestigious not only because of the intense competition, but also because of the international recognition of the achievements and contributions of individuals as outstanding environmental leaders around the world.

To date, the Prize has been awarded to more than 200 individuals (87 of whom are women), from more than 90 countries around the world. Each year, the Award is only awarded to 6 outstanding individuals. The prize value is 200,000 USD (nearly 5 billion VND). The value of the Award is “reflecting the powerful impact that one person can have on many people” and especially, contributing to inspiring the community in the work of improving the environment, conserving ecosystems. nature on Earth.

The special thing about the Prize is that individuals cannot apply for the prize on their own. The award’s International Council will select the winners each year from a closed list nominated by a network of environmental organizations and individuals around the world. Receiving the prestigious award, Mr. Nguyen Van Thai said that he was not only surprised but also very happy, because from the nomination to the award review process, everything was secret. “I am very honored and proud that my efforts and the activities of the Wildlife Conservation Center in Vietnam founded by me have been recognized, not only in Vietnam, but also spread to the world. This confirms the capacity of an organization owned by Vietnamese people, contributing to changing the image of Vietnam’s conservation industry in the eyes of international experts…” – Mr. Thai shared. 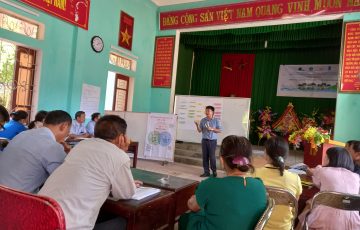 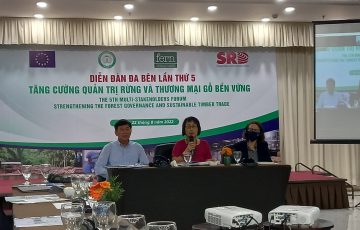 On August 22, 2022, the 5th multi-stakeholder forum on strengthening forest governance and sustainable timber trade was held in Hanoi. Participating...