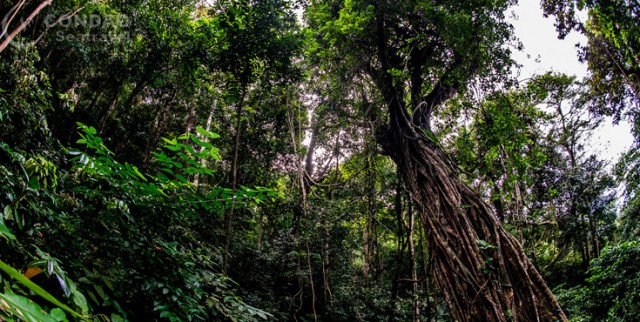 Con Dao National Park and the journey through the forest

Con Dao National Park with coral reefs, seagrass beds and mangroves has created a favorable environment for reproduction, nursery and conservation of marine species. The shallow waters along the island are also home to many precious animals such as sea turtles, dolphins, sea cows (dugong) …

Being a relatively remote island area, human activity has not greatly altered the natural nature of marine ecosystems. Coral reefs here also retain specific characteristics for the sea. Studies show that corals have an average coverage of 42.6%. Of the coral reefs studied, up to 74.2% of corals reached high coverage, only 2.8% of low coral cover. The density of coral reef fish in the study sites averaged 400 fish / m2. This is a very high value compared to other coastal waters in Vietnam.

Con Dao National Park can be considered as a bridge for the dispersal of organisms from the diverse center of Indian – Western Pacific to Vietnam.

The East Sea flow regime with the change of two main wind seasons has created favorable conditions for the development of marine life larvae from Con Dao to the North and the South. On the contrary, this sea area is easily accessible from other sources. Therefore, the composition of marine species recorded here is relatively diverse. So far, 285 species of hard coral, 202 species of fish, 153 species of mollusks, 130 species of worms, 110 crustaceans and 46 echinoderms have been discovered. Dr Vo Si Tuan, deputy director of Nha Trang Institute of Oceanography, said: Con Dao tourism is classified into a high diversity of reef-like species. Soft body composition is also considered the most diverse when compared with other major islands in Vietnam

Concerning ecological diversity, Con Dao shallow water has both coral reefs, sea grass beds and mangrove forests. In particular, coral reefs are quite popular, can be found in most areas near the island. The typical reef type accounts for 59%, indicating that this coral reef has conditions to grow for a long time. Although seagrass is not widely distributed, it is concentrated on large areas, about 200 ha. Ecological diversity facilitates the development of rare and precious species. Research on the marine environment shows that there is no sea pollution here.

Currently, Con Dao is the region with the most sea turtles in Vietnam, with two common species being tortoise. There are 17 beaches recorded as turtles’ spawning grounds, of which four are recorded as 1,000 mother turtles annually. Con Dao is also the only place in Vietnam where a population of sea cows ( dugong) lives in isolation from seagrasses.

Up to now, there has been no research on the relationship between coastal resources and Con Dao shallow water ecosystems. However, along with the existence of coral reefs, sea grasses, mangroves and ecological relationships between them is a favorable environment for reproduction and nursery of many resources. Studies of the Institute of Oceanography of fish eggs and fry in Con Dao National Park showed that the number of eggs is much higher than other sea areas of Vietnam. 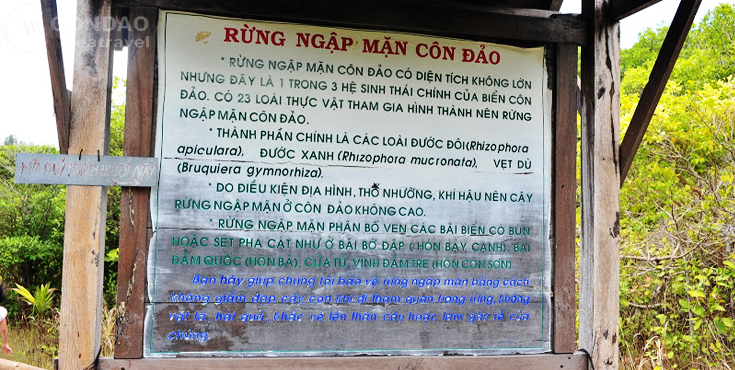