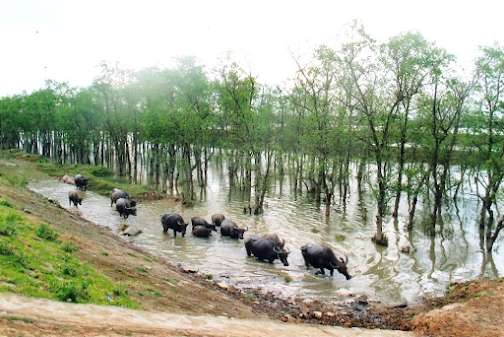 It is not far from the center of Vinh city, there is a very romantic mangrove forest with a rich diversity of flora and fauna that are rare. With the speed of urbanization as fast as today, this forest is and will become one of the attractive ecotourism destinations, an ideal destination of “tour” in Vinh City.

In the windy summer season, when the tide rises over the riverside mudflats, it is the most suitable time for visitors to sail downstream of the Lam River, watching the sky blend in the mangrove forest. Although not form a tour with full of facilities, or guides are dedicated, but only small expenses are enough for visitors to feel The beauty of the sky.

The surface of the Lam River is as wide as it is wide. On the banks, the forest appears a green cover throughout the dyke No 42. Until now, no one in this area still remember the forest has ever. Only know that, after 1954, when dykes were built No 42, the mangrove forest was divided into two parts: the part of the dyke was cut down to grow rice and rush; Outside the dyke, there are nearly 40 hectares of old forest, and in 1995, it was put management and protection by local Community.

According to a survey by the Center for Science and Technology in collaboration with Vinh University, the current vegetation of the mangroves has up to 20 species, of which predominate as Sonneratia caseolaris, 9 species of mangrove Other such as checkered, tried, black, spotted … are distributed throughout the estuary, high flooded beach and sandy beaches. There are 63 species of mammals including 31 mammal species, 31 species of birds, 10 reptiles, 5 amphibians, 14 species of fish, especially valuable goldfish species that have economic and experimental value. Of which, there are 8 species of rare animals such as otters, gray pelicans, crows, large kingfisher, snakes, scorpion, cobra…There are species of wintering birds, 2 species of wandering birds. The most impressive of each afternoon is when the water up the white heron flock back to hide, now squeezed thickly on the branches, blending green leaves look like an old aquarium picture.

It is great to have a boat ride on the Lam River along the mangrove forest, to occasionally drive a small propeller, to take the boat through the jungle in the forest to see the beauty of the ancient roots, A glimpse of the branches … We feel like walking in the mangroves of Ca Mau Cape. The value of ecotourism that forests provide is invaluable, when placed in the context of modern industrial society, after a period of labor stress people need to relax, then Hung Hoa forests will is the ideal destination. 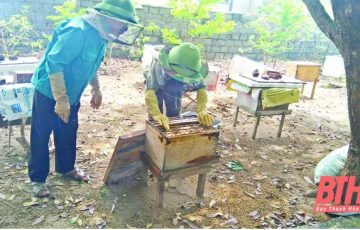 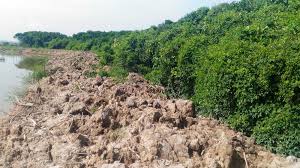 As a coastal district, previously as well as in the future, Quynh Luu is one of the localities directly affected by...