Raising cockles under the mangrove canopy, why not?

Salinity is too high for brackish shrimp farming, many farmers in Kien Giang Province, they have taken advantage of ponds to raise sea fish and cockles

These are aquatic species that grow well in environments with high salinity, adapting to the situation of increasing saline intrusion. Kien Giang has a coastline of more than 200km with a large area of ​​coastal protection forest. This forest area is managed by protective forest management boards and subcontracted to households to take care and protect.

Accordingly, the An Bien – An Minh Protection Forest Management Board is assigned to manage an area of ​​6,953ha, including 4,572ha of coastal protection forest, the rest is Melaleuca forest.

In 1995, the People’s Committee of Kien Giang province issued a decision to assign forest land to households to take care of and exploit aquatic resources under the forest canopy. Particularly in An Bien – An Minh district, there are 2,968 hectares of forest contracted to 876 households, on average, each household receives about 4-5 hectares of contracted forest

However, due to the need to keep 100% of the forest area, the by-product income from the forest is not enough, so many households have secretly destroyed the forest. Seeing these inadequacies, in 2005, the People’s Committee of Kien Giang province made a new decision, allowing contracted people to exploit 30% of the area of ​​forest land and water surface for aquaculture, in order to have a stable income.

Mr. Ut Khoe (Nguyen Van Khoe) had Three generation living in the coastal area of ​​Xeo Quao hamlet, Nam Thai A commune, An Bien, said that in the past, when having to keep 100% of the forest area, people only had can raise cockles in the yard and exploit natural shrimp and crabs, life is quite precarious. About 10 years ago, oysters were raised in squares under the forest canopy, and at the same time, in combination with releasing more tiger shrimp and sea crabs, the income was also quite good.

But due to recent times, the salinity is too high, shrimp farming is no longer effective. My family decided to switch to raising  cockles, the investment cost for stocking is 20-25 million VND/ha, mainly money to buy seed and take care. Each litter is raised for an average of 10-12 months, harvesting 2-3 tons of commercial cockles/ha, profiting about 50 million VND, ensuring family life,” said Ut Khoe.

Similarly, Mr. Lê Văn Thật’s household in Hamlet 10 Bien, Thuan Hoa commune, An Minh, has 2 hectares of sea surface under the forest canopy, has switched to raising cockles in the past 4 years due to high salinity. According to Mr. Thật, raising cockles does not cost too much, mainly the money for the initial farming and the purchase of annual stockings.

“The oyster farming season usually starts around February and March, when the salinity is high. Cockles seedlings bought from the sea and keep in nets reach the size of 3,000 pcs/kg, begin to be released into ponds, and after 11-12 months of care, the scallops reach 80-100 pcs/kg and are harvested

During the farming process, do not let the pond surface dry out, keep the water in the pond at least about 10cm and every time there is a high tide, take water from the sea, about 40 – 50cm high. If farming is successful, each hectare will harvest about 3 tons of commercial scallops, the selling price is from 70 to 80,000 VND/kg, earning more than 200 million VND”, Mr. Thật said 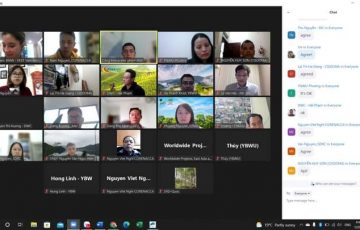 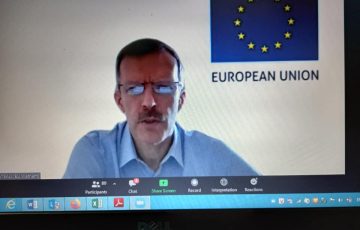