Xuan Thuy National Park is also known as the largest bird park in Vietnam, 60km south of Nam Dinh city is the Ramsar site (Convention for the conservation of wetlands of special international importance as the first waterfowl habitat (Ramsar, Iran, 1971) of Southeast Asia – this wetland of international importance is a large alluvial flat south of the mouth of the Red River with a total registered area. Signing to the Ramsar International Convention is 12,000 ha, of which most of the area is alluvial mudflats and nearly 3000 ha of mangroves…

Xuan Thuy National Park is a valuable and diverse ecosystem. This place is also a representative point of typical wetland ecosystems in the northern coastal estuary region of Vietnam. It provides a healthy environment, food, breeding ground, and many other factors that provide aquatic and animal species to survive and thrive in the area. Xuan Thuy is also known as the platform of many rare international migratory birds. Among over 200 bird species appearing in Xuan Thuy, there are over 100 migratory species, 50 species of waterfowl and 9 species in the international Red Book (typically globally endangered species such as: Spoon stork, Spoonbill, Spoonbill, etc.) shallow, spotted head…).

In the winter season, if visitors have the opportunity to come to Xuan Thuy, they will have the opportunity to admire many rare wintering birds, in summer and autumn, visitors can also observe migratory birds to avoid the heat from the South. and Cambodia are large birds such as: Giang Sen and pelicans. Indigenous birds such as storks, mallard ducks, kingfishers, rowing owls, cymbals, cypresses… have formed flocks of chirping in the middle of the forest creating a wild and peaceful scene. make a good impression on visitors.

It is known that Xuan Thuy National Park has advantages to develop tourism in all four seasons. In the summer, tourists come here to visit the scenery of the forest in harmony with the sea, in addition, they can also relax and make interesting picnics at entertainment spots or camp together with the wild natural environment. In winter, Xuan Thuy is bustling with bird watching tours.

However, with worries about arising problems such as pollution from the watershed, climate change, natural disasters and storms, etc., it can have a negative impact on the management goals of the garden. But with its efforts along with the effective and effective support of all levels of sectors, international organizations and local communities. National Park – Xuan Thuy International Ramsar Site – The number one core zone of the Red River Delta World Biosphere Reserve will gradually assert its position. 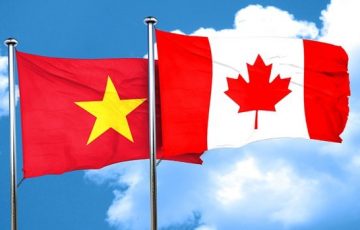 Call for Proposal: The Canada Fund for Local Initiatives – Vietnam (2022)

The Embassy of Canada in Vietnam is pleased to launch its annual call for proposal for the Canada Fund for Local... 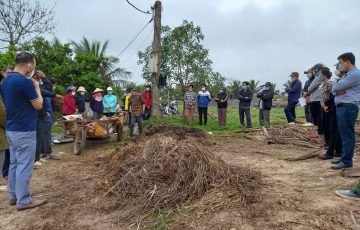